How one company got over a million dollars worth of free advertising. 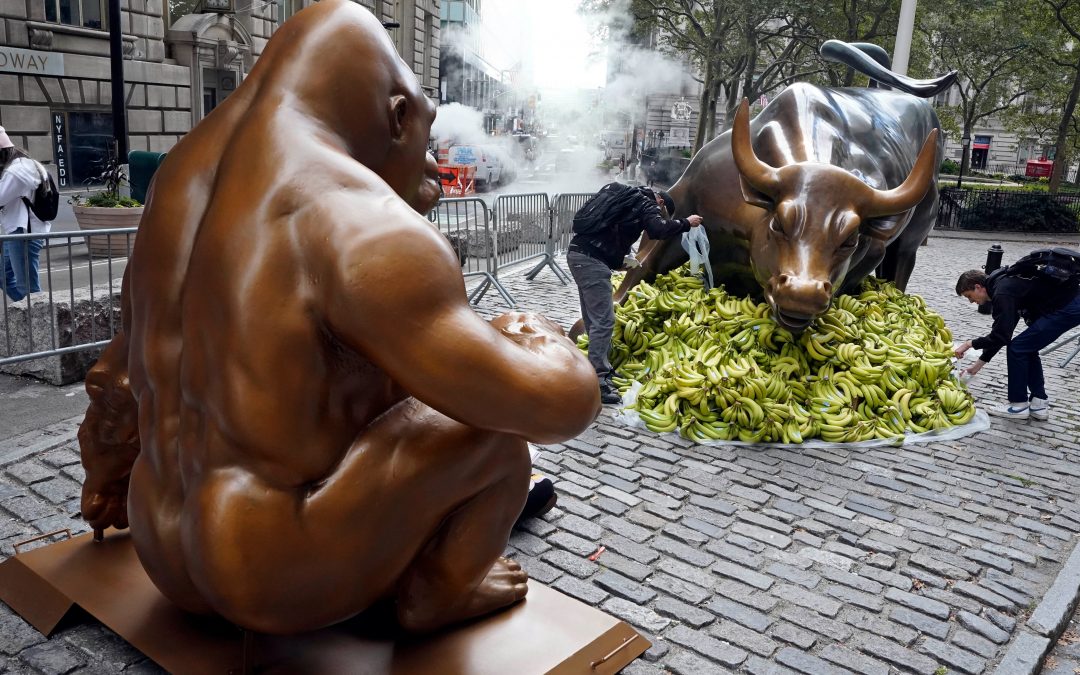 The Wall Street Gorilla was a marketing idea that paid off exponentially.

The original Charging Bull of Wall Street was delivered from the back of a pickup, illegally dumped in front of the NY stock exchange in 1989. The police impounded it and the people of New York demanded it back, loving it as a symbol of New York, of capitalism, and of inspiration. 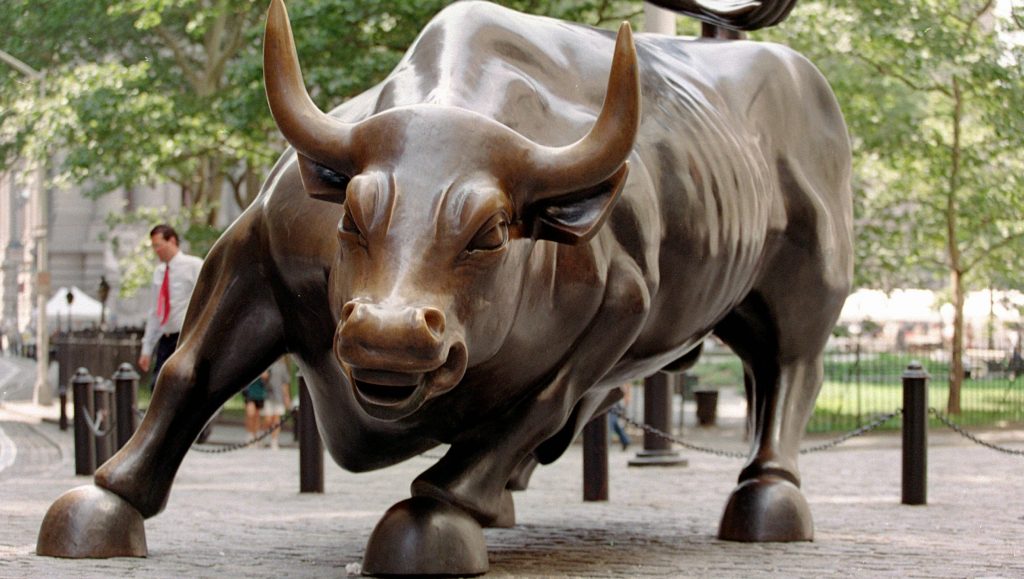 Overnight, the Charging Bull was a part of the culture, became a huge tourist attraction, and was used as a prop for all kinds of movements, protests, you name it.

In 2017, a statue called Fearless Girl appeared, challenging the bull: 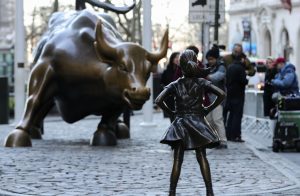 “The Fearless Girl project was always a SCAM allowing a TRILLION dollar financial firm to get many MILLIONS of dollars of FREE publicity on PUBLIC land,” wrote Arthur Piccolo, chairman of the Bowling Green Association, and a champion of the Charging Bull statue, in an email to artnet News. He called SSGA a “hypocrite company” that “abuses Bowling Green and Arturo Di Modica.” (According to the Guardian, the Fearless Girl promotion brought SSGA an estimated $7.4 million in free marketing.)

Di Modica sued, saying it killed the message the bull was intended for. Now the Fearless Girl was for the women of the world, and the bull was “the system” they were fighting. Very soon after, the world learned that the firm behind the Fearless Girl was settling a lawsuit claming they paid women and minorities less than their white male peers, and the statue was decried as a marketing scam using the feminism movement for profit.

It’s been done, it worked, and according to the Guardian, it garnered over 7mil in marketing – even though it fizzled out when Scooby Doo and the gang pulled the hood off the bad guy. Those meddling kids!

Sapien definitely knew this story, and had the idea to do it again – but with a clean, obvious message (and no bad guy behind the curtain). Immediately, and naturally, people were curious.

Harambe travelled to Facebook HQ later and got a huge amount of coverage in national media and the crypto space. Sapien is heavily into NFT’s and the crypto world, so all they needed out of this was publicity – and they could leverage into very easy revenue. Did they get it?

How can you do it?

Inspired? Let me show you how easy it is to go big like Sapien did. 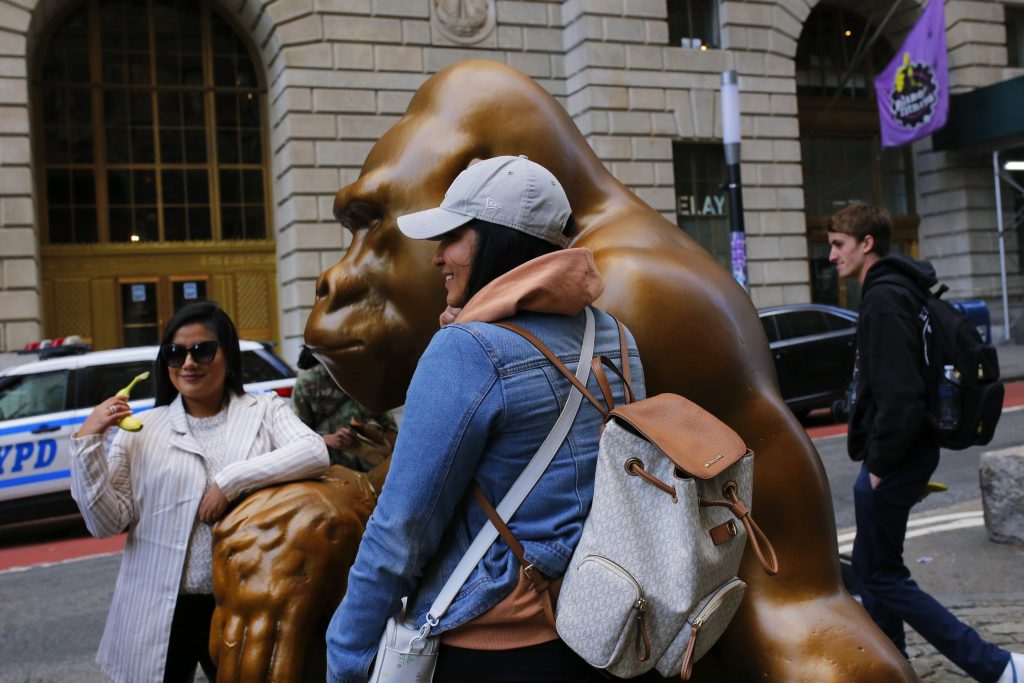 Sapien wanted this IN New York on the following Friday, and the only way it could be done was with Outshaped’s automation and some teamwork with Wood & Metal. But speaking as the machinist here, having the digital model ready to go (and a good quiver of big cnc machines) makes my part super easy – 18 hours after the thumbs up, we were assembling the finished parts. W&M used their first day to fabricate a steel base that had handles and a forklift pocket, and everything was permanently connected.

Here’s how clear coating the final assembly (right in the loading bay) looks: 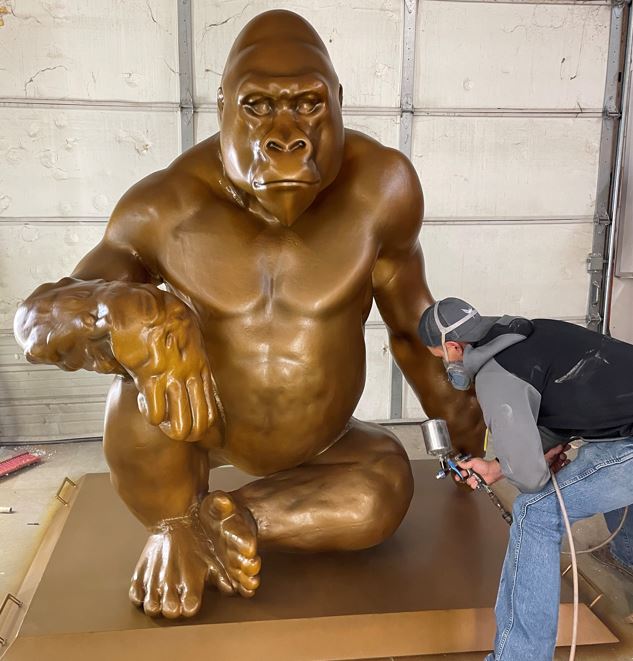 Now what was the ROI on this? We delivered the final art piece on Friday morning in New York. Sapien dropped it right in front of the bull, which got to stare at it from a bed of 10,000 bananas.

From there, it took off on social media, major news outlets reported on it, essentially everybody wanted to throw a comment into the mix. One marketing firm we work with said a million dollars of free advertising was a sure thing, but the absolute metrics are hard to track: Sapien Network has a digital currency ($SPN) that if active at the time, would likely have jumped as crypto is prone to do with social events. For a crypto team, marketing your project is a huge hurdle and becoming popular needs either a huge advertising budget or creative viral content. Building a giant 3D mascot and throwing it on Wall Street definitely qualifies as a clever viral ad. 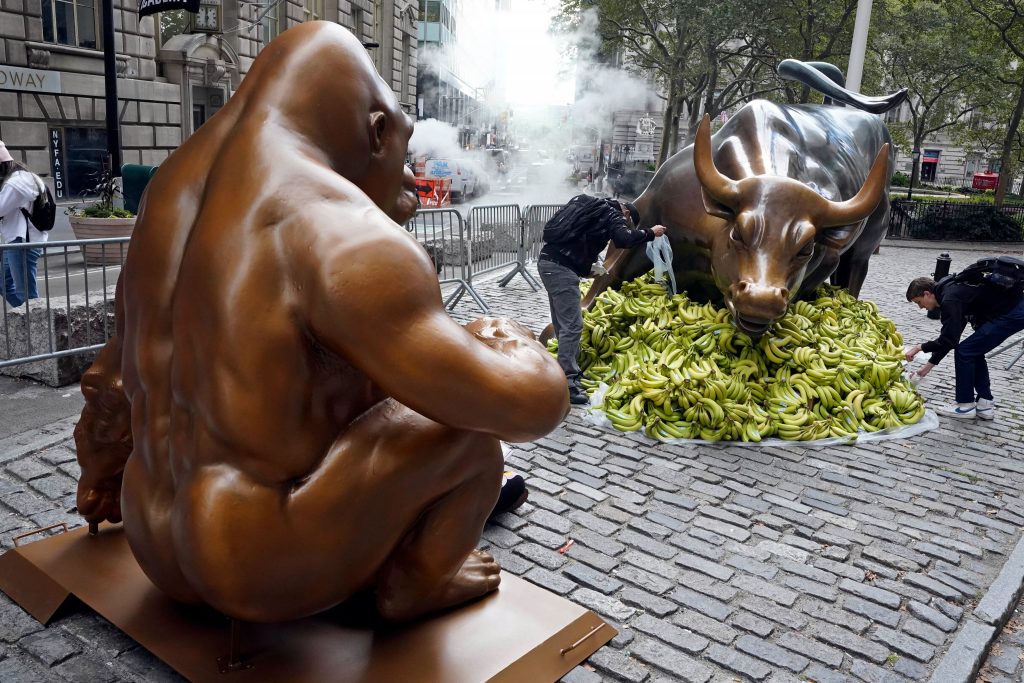 Need proof? We love this strategy, and tried it ourselves a few months later: check out our expo showstopper.